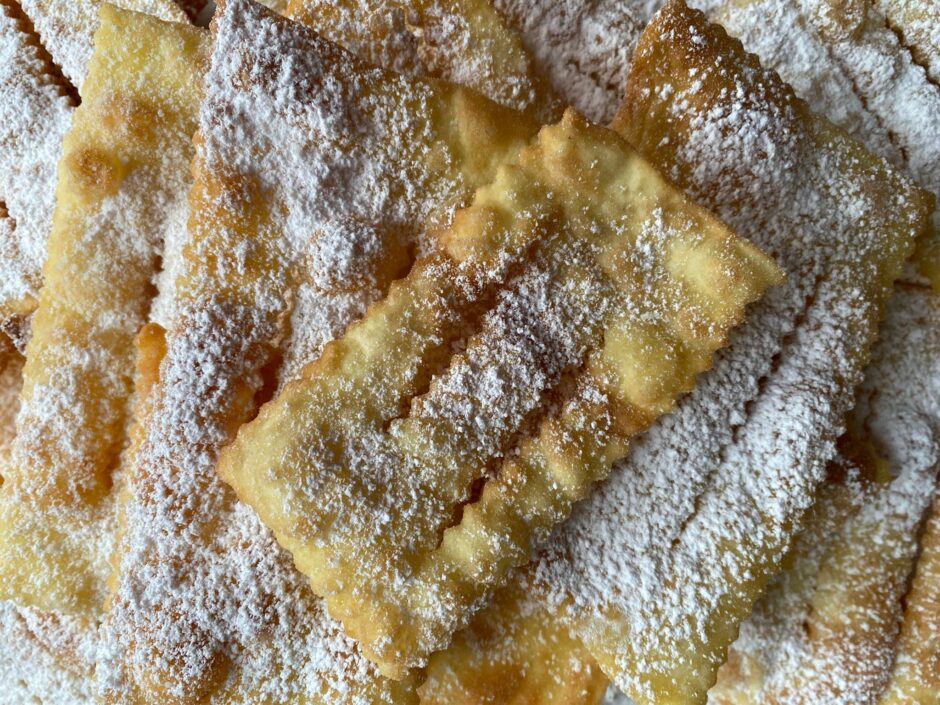 Italian Carnival fritters are one of those things that cannot be missing in any family during the Carnival season. That’s why today I want to share with you how to make them at home, but also their story and a curiosity about their, many, regional names.

Carnival is a period of joy and craziness that, in the Christian tradition, comes before Lent, i.e. during February. Children are the protagonists of this period, and if you ask Italian children what they want as a merenda (i.e. the morning or afternoon snack), they will answer … chiacchiere! Or bugie! Or frappe! Well, it depends on the city they live in, because, as I will show you below, the name of this delicious food is really a regional thing!

If you will like this recipe, just PIN IT! 🙂

Italian food is always a regional thing, you know. But when it comes to Italian Carnival fritters, I believe we really went way too far. It seems that we have a thing for giving them a different name every 50 kilometers or so!

In the following schema, I have collected many (not all!) the different names that we use for these fritters and the regions / cities in which the name is used.

As you can see, the most common name for this kind of fritters is chiacchiere, an Italian word that can be translated as chats. According to a legend, this name dates back to Regina Margherita di Savoia, Queen consort of Italy at the turn of the XIX and XX centuries. She asked her cook, Mr. Raffaele Esposito, something sweet to eat while chatting with her guests, and Raffaele created this fried delicatessen, named after Her Majesty’s chats!

Fun fact: also the most famous pizza, pizza Margherita, owns its name to this same Queen.

Carnival fritters are a tradition that roots back in the ancient Rome period. At that time, sweets named frictilia (in Latin) were very common during the Saturnalia season, the ancient Carnival festive period dedicated to Saturn, which took place during February. Frictilia were very easy, were prepared in huge amounts and ancient Roman used to eat them covered with honey or sanguinaccio, a sort of pudding made with pig’s blood.

Since Roman Empire, Carnival fritters are a tradition of heavy, fat food, before starvation typical of Lent time.

Traditions are created when every generation teaches the next one how things should be done. My mom taught me how to make her amazing sfrappole (yes, being from Bologna to me they are sfrappole 🙂 ) and now I want to share with you her secrets. I hope your children will love them as much as my daughter does! 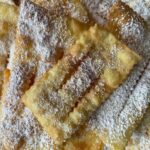 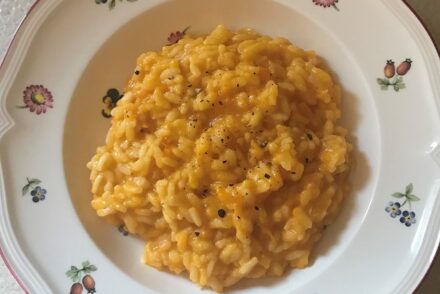 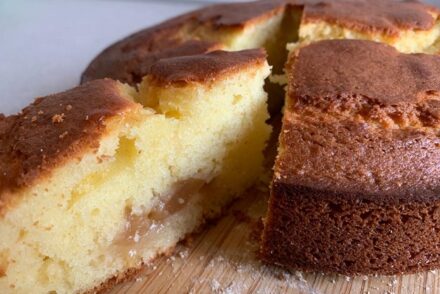 How do Italians sauce pasta?