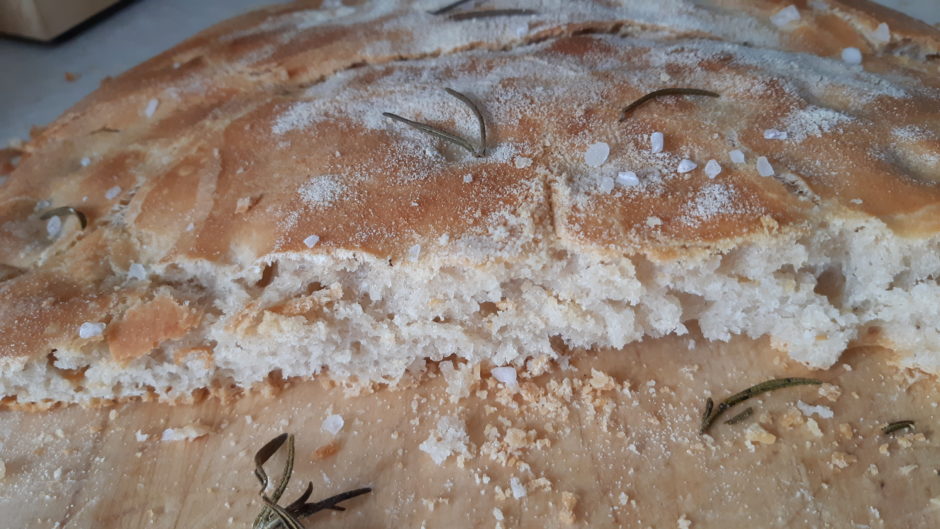 Italian focaccia is an almost ironic title for this post, because focaccia is one of those things Italians do in hundreds of different ways. I would actually say every region has at least one local “Italian focaccia”. In this post I will describe many of them, their peculiarities, and share with you a typical focaccia recipe!

So, if you will find the information in this post useful, just PIN IT 🙂

Before we start addressing the regional varieties, a few words about the Italian focaccia history. The word focaccia comes from the Latin focus (fire, fireplace).

Before the ancient roman (thus Italian) tradition of focaccia, the Egyptians were responsible for mixing cereals flour with water and also for inventing the oven. They had actually created the basis for the current bread, focaccia and pizza.

Learning from the Egyptians, the Greeks became very skilled in recipes similar to our current focaccia and from Athens to Rome the step was short.

The ancient roman used different cereals from those common today: millet, barley, rye, oats and spelt were the most widely used.

After being almost forgotten during Middle Ages, due to the high cost of the flour, during XVI century Italian focaccia lived a new golden era and the first recipes were published. Since that time, my country has created hundreds of versions of “Italian focaccia”, but the common thing is that it has always been cheap, nutrient food for people working as farmers, shepherds, fishermen.

Nowadays, focaccia is one of the favorite examples of Italian street food, alone or stuffed, simple or with tomatoes, olives, minced meat, topped with garlic, onion, rosemary, cheese… always with flour and extra virgin olive oil as main ingredients!

Listing all the different types of Italian focaccia is nearly impossible, here I want to list some of the most relevant, with truly distinctive characteristics, and provide you some sources to deep dive if more interested.

Maybe the most famous focaccia comes from Genoa, in beautiful Liguria, the region where Cinque terre are located. In Genoa, plain focaccia genovese is used for breakfast, with coffee or cappuccino (something quite incredible) or at aperitivo time: try it with a biancamaro, a typical drink from Genoa made with a local white wine (a Pigato e.g.) and vermouth, better if a Carpano, or a a more common spritz, not typical of Genoa at all but still a very good pairing. The key ingredient of a focaccia genovese is a very good, local, extra virgin olive oil. When topped with onion, olives or sage becomes really irresistible. Personal note: my favorites variations are plain or with onion!

Genoa has not one, but two very famous types of focaccia. Because yes, Recco is in the territory of Genoa, but no, its focaccia is completely different!

Focaccia di Recco is made of two slices of focaccia dough, each thinner than 1 mm, with fresh cheese in between. The result is something absolutely incredible, that can be tasted only in that very small area.

Schiacciata means “squeezed”, since it is very similar to a bread loaf, but squeezed down. It is a very easy focaccia, crunchy with a fluffy heart, perfect to be filled with local ham. You will find the best ones in Chianti area, no need what you can drink with it 😉

Crescente (aka focaccia emiliana) is the focaccia I was born with, since it is typical of Bologna and all its countryside. Bologna is known as la grassa (the fat) and its focaccia can’t help using pork meat as the key ingredient. Originally, it was the food that farmer were bringing to the fields for their lunch, and it was made with leftovers from cured meat. Today, the crescente dough is filled with ciccioli, a poor but delicious type of cured meat. You will find this focaccia emiliana only in very traditional groceries or trattoria in Bologna, Modena or the country side, and the perfect pairing is with a cold glass of lambrusco.

Going southward, Bari has a well-known focaccia. Focaccia barese is prepared with durum wheat, the cereal used for pasta and is topped with regional ingredients like cherry tomatoes, green and black olives, oregano. The result is one of the most purely Mediterranean examples of street food. Now you don’t need to visit Bari to taste it, but you can follow easy step-by-step instructions in my focaccia barese recipe.

The capital city is home not only to amazing dishes (check here for some tips on local food) but also to some of the best examples of Italian focaccia.

Focaccia romana is locally known as pizza bianca (i.e. white pizza). It is a very simple focaccia, thin, fluffy, not very oily, since it is put into the oven with no oil after being leavened at least 8 hours. Food for the people, you can have it topped with a super thin slice of mortadella (or mortazza as they call it locally) or with more gourmet ingredients. No matter, you will love it!

Recently protagonist of a huge comeback, pinsa romana is rooted in the ancient Rome times. Fluffy but crunchy, with no border, pinsa romana main characteristics are:

The result is incredibly light, a lot more than any pizza or focaccia you will ever try. If you are not in Rome but dream of having an authentic pinsa romana at home… just follow my step-by-step pinsa romana recipe and let me know!

This is one of the most widely spread all over Italy. Very typical of Southern Italy, it is common also in the North. It is very similar to a pizza bianca, with no tomatoes, no mozzarella and rosemary instead of origan. It is great both alone, chopped into small pieces to be part of your aperitivo, or cut in half and filled with cured meat or fresh cheese like squacquerone (typical of Emilia Romagna) or stracchino (typical of Lombardia). This a is a good reason why you should try this as your first Italian focaccia recipe. So stop talking, Roberto, and let’s start cooking! 🙂 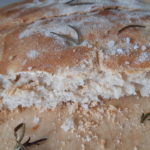 Always wanted to prepare at home a true Italian focaccia but always thought it was too difficult? Follow this instructions and you will love the results. TIP: here I use my homemade sourdough, for a focaccia than can last a couple of days, but for sure you will eat it well in advance!
Prep Time20 hrs
Cook Time25 mins
Total Time20 hrs 25 mins
Course: Appetizer, Side Dish, Snack
Cuisine: Italian
Keyword: street food, tasty
Servings: 4 people
Calories: 250kcal
Author: Roberto
Cost: $ 0.5

Topping can be changed according to your personal taste. I love rosemary, but sliced onion, olives, sage are other great options. You can have focaccia alone, but I definitely recommend to cut it half and dress it with mortadella, ham or fresh cheese! You will thank me 🙂 A more complex topic is the one regarding the yeast choice. The same recipe can be tried with dry yeast, but in this case you need to consider:

If you don’t have your sourdough, or you don’t feel like using this method for leavening, you can try an easier focaccia recipe, using dried beer yeast.

Some of the links above are affiliate links. This means that, at no additional cost to you, if you click through and make a purchase you will help this blog grow. I only promote affiliate programs that I believe in, and products I know about, with the aim to help you in your choices. 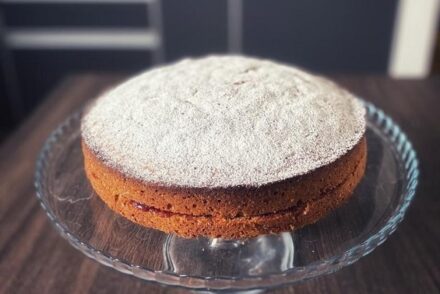 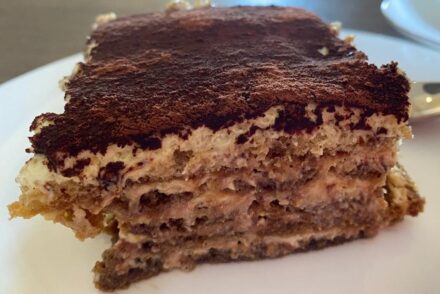 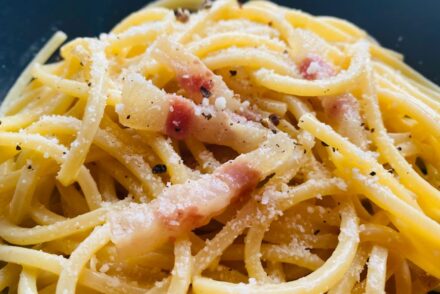 Pasta with chickpeas and rosemary

This website uses cookies to improve your experience while you navigate through the website. Out of these cookies, the cookies that are categorized as necessary are stored on your browser as they are essential for the working of basic functionalities of the website. We also use third-party cookies that help us analyze and understand how you use this website. These cookies will be stored in your browser only with your consent. You also have the option to opt-out of these cookies. But opting out of some of these cookies may have an effect on your browsing experience.
Necessary Always Enabled
Necessary cookies are absolutely essential for the website to function properly. This category only includes cookies that ensures basic functionalities and security features of the website. These cookies do not store any personal information.
Non-necessary
Any cookies that may not be particularly necessary for the website to function and is used specifically to collect user personal data via analytics, ads, other embedded contents are termed as non-necessary cookies. It is mandatory to procure user consent prior to running these cookies on your website.
SAVE & ACCEPT